Blackout, is a point in time in the development process when a system becomes unavailable (off-line) by design. The term comes from Electricity “blackouts” when there is a complete electric shut down.

An a19 best practice is to take the UAT system off-line when UAT is undergoing maintenance or configuration in preparation for End User Acceptance testing. This is to prevent any unauthorized access by end users that might want to start testing the system before it’s ready, which is never a good idea. After all, you don’t call the building inspector until you’re up to code, right? Leaving UAT available during configuration can be disastrous. Don’t make this rookie ISM mistake, you will thank me later! 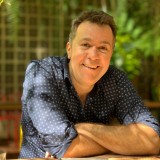 a19 Asset Scanner for iOS and Android